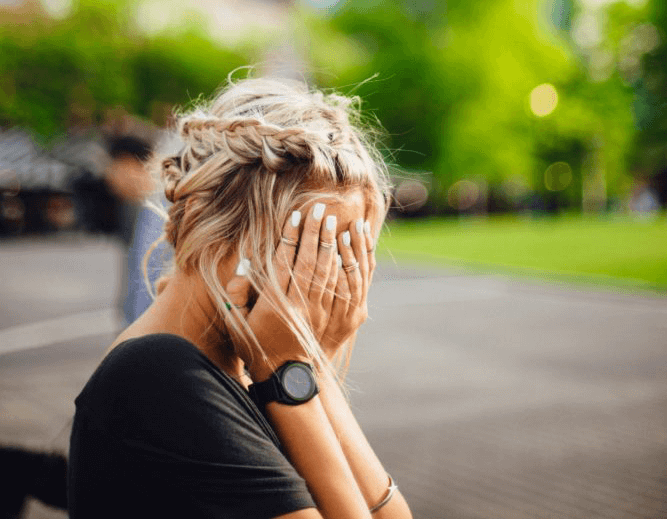 I haven’t shared this story publicly before, but I decided to speak about it at a women’s event recently (with my mother’s permission), with the hope that others can learn from it.  I feel it’s important to share, because financial surprises can happen to any of us, at any time.  This is part one of a two part post.

My story begins on a warm clear day in April 2002 in Fayetteville, Arkansas (“Fatville” as the locals say) when my mom picked me up at the small Northwest Regional Airport.

But something was off with her.  My mom, who never gets depressed (confirmed by an astrologist once) was definitely rattled by something.

I very tentatively asked her: “Mom… what’s the matter?”

She replied, “TR lost all my retirement money.”  I. Was. Shocked.

A little background: TR, her financial adviser at the time, was a suspicious character in my book — a year earlier when I was in the investment module of my CFP® education, I used my mom’s investment statements for real-life learning and warned her that she was invested in some VERY high risk stuff. On top of that, this guy was churning her account — meaning buying & selling the same funds over and over.

I spent that entire week that was supposed to be a relaxing visit with my mom instead freaking out and figuring out a plan of action… which ultimately resulted in hiring the Rose Law Firm of Little Rock (Hillary Clinton’s former firm!)—which was a total coup, to try to get back some of my mom’s loss via lawsuit.

The Power of Money Beliefs

That week my mother told me a story that she had never shared with me before, that blew my mind under the circumstances. It seemed to just bubble up to the surface of her conscious mind from deep down in her subconscious….

When my mom was 10 years old, she told me, she was on a train by herself, coming back from a visit with some relatives, and she was pick-pocketed of her coin purse.  Imagine how it would feel to be a little girl by yourself on a train and be robbed!  It was very traumatic for her.  When she told her very strict Victorian parents when they picked her up at the train station, they were very displeased and in fact yelled at my mom! They said things to the effect that she was irresponsible, and in particular the statement that stayed with her for 70 years from my grandfather was “You can’t handle money.”

Although it was playing out quite harshly, I couldn’t help but be excited about the connection between her beliefs about money, implanted by the unloving words of her parents 70 years prior, and the present-day reality!  I said to her (maybe a little too excitedly considering the circumstances) “MOM, DO YOU SEE WHAT IS HAPPENING?!  YOUR FATHER TOLD YOU THAT YOU CAN’T HANDLE MONEY, YOUR SUBCONSCIOUS MIND BELIEVES THAT, AND MADE IT BE TRUE!!!”   At the time, I was just beginning to learn about the impact of our beliefs on our behavior, and this was such a stunning example…and to this day, the most clear-cut situation I have ever seen of a subconscious belief driving behavior. To further strengthen my case… the money lost was money my mom inherited from her parents!

Back to the lawsuit against her financial advisor

Our case was such a strong, slam-dunk case of mismanagement and unsuitability that the Rose Law Firm took our case immediately, on contingency.

But then TR declared bankruptcy, effectively ridding himself in one fell swoop of all of the many client lawsuits facing him.

I was livid.  And it was sooo disappointing.  Back I went to the drawing board.

One of my qualities is tenacity and I usually don’t stop until I’ve explored all my options and gotten a final, full-stop NO.

After much more time researching options and lawyers, soon we had a new attorney and new plan: his thinking, as the account had been a variable annuity, was that we had a chance of getting a settlement from the annuity company itself – arguing that as TR was an agent of the annuity company, they had responsibility for his actions.

I can’t even tell you how long this process was (YEARS!).  In the end, we did get a fraction of the original loss as a settlement, which really wasn’t very much after paying the attorney’s fee.

Still, it was the beginning of something for my mom. (Even though at the time I had no idea more money would be coming!)

Difficult life decisions and really freaking out about money

At some point during this time, we decided my mom would move closer to me in Denver, as she could no longer manage or afford her dream retirement home she had built in the Ozarks. She would move into a retirement community in Denver and we’d rent out her home in Missouri.

We had tried selling her home in the past to no avail.  Selling or just renting her beautiful, lake-front, passive-solar home proved to be nearly impossible for a variety of reasons, but suffice it to say thankfully, we did have some good renters for a while.  But then they moved out, and I decided we really had to sell it.

These were terrifying times for me too.  Her Denver rent was much more than her Social Security, and we were eating up her funds at a rapid clip.  On top of that, after we lost the renters, I was covering her mortgage and mine!  We couldn’t sell her house for the life of us, even though we had a very caring and good realtor who understood our urgency to sell.

I won’t go into the details of voluntarily leaving my corporate job to work for a start-up that was shut down 2 weeks after I left said cushy corporate job.  So, the situation became more dire and extremely stressful for me. Did I mention that I had co-signed a refinance on the house, so we could lower the payment after the investment account loss, since my mother could no longer qualify on her own?  Meaning, walking away from this wasn’t even an option.  Even though I admit the thought crossed my mind more than once (which shows my fear and desperation!)

Thank goodness I had saved well to leave my job and had a healthy emergency reserve.

Watch for part two of this story in a few weeks, when I share how things started to amazingly shift!